CEDAR PARK, Texas – November 2, 2022 –Firefly Aerospace (“Firefly” or “the Company”), a new space leader in launch, spacecraft, and in-space services, today announced that it has appointed Dan Fermon, a veteran operating leader with decades of experience leading teams in highly technical industries and primarily aerospace, to Chief Operating Officer (COO). Mr. Fermon, who has served in this role in an interim capacity since May, will be based in the Company’s corporate headquarters in Cedar Park, Texas.

“Firefly is at an extremely exciting moment in our history,” said Bill Weber, Firefly CEO. “We are supporting the great leaders who got us to this point in time with seasoned professionals who can build dependable, reliable, and scalable production around our technologies and care greatly about the culture of the organizations they lead.  Dan is exactly that kind of senior leader.  He has decades of operational experience, he has the trust of the company, and we immediately become a better team because he has joined us as our Chief Operating Officer.  I could not be more excited to work with him.”

Prior to joining Firefly, Mr. Fermon was a Vice President at AE Industrial Partners, (“AEI”), a U.S.-based private equity firm specializing in aerospace, defense & government services, space, power & utility services, and specialty industrial markets. At AEI, he was a member of the firm’s Portfolio Strategy and Optimization Group, focused on improving the operational performance of its portfolio companies through cross-portfolio projects, best practice sharing, and synergies execution. Previously, Mr. Fermon served as the P&L and Operations Leader for GE Aerospace’s fast-paced Global Component Repair team, doubling revenue in just three years to over $3B with strong margins by utilizing technology, lean improvements, and powerful team engagement.

“I’m excited to become a permanent member of the Firefly leadership team,” said Mr. Fermon, “Having spent the last five months with the team, I have been impressed with their passion, commitment to continual learning, and drive to excellence. I’m looking forward to helping scale these efforts to support the team’s transition into full-rate production on all our vehicles, facilities, and capabilities in the years ahead.”

As COO, Mr. Fermon will be focused on scaling production and operations, including:

In addition to Mr. Fermon, Firefly announced it has added Justin Siebert as the Vice President of Operations and Production. Mr. Siebert joins Firefly from BAE Systems, where he served as the Vice President of Operations, overseeing a product portfolio of six aerospace and defense business units across the globe covering 16 manufacturing facilities and over 5,000 employees. Firefly has also strengthened its executive leadership team with the recent announcements of former NASA Administrator Jim Bridenstine named to its Advisory Board, and longtime aerospace industry leader and former Airbus executive Chris Emerson added to its Board of Directors.

These additions to the team follow several key milestones, announcements, and appointments for the company over the last month, including the company’s successful orbital launch of its Alpha launch vehicle, its selection by the US Space Force’s Space Systems Command (SSC) to provide launch services for SSC’s VICTUS NOX mission, and being chosen by NASA to provide launch services through its Venture Class Acquisition of Dedicated and Rideshare (VADR) missions. Firefly also recently announced a joint partnership with Northrop Grumman Corporation to provide an American-built first-stage upgrade for the Antares rocket and a new medium launch vehicle (MLV) to serve commercial, civil, and national security space launch markets.

Firefly Aerospace is an emerging end-to-end space transportation company focused on developing a family of launch vehicles, in-space vehicles, and services to provide industry-leading affordability, convenience, and reliability to its government and commercial customers. Firefly’s launch vehicles, combined with their in-space vehicles, such as the Space Utility Vehicle (SUV) and Blue Ghost Lunar Lander, provide the space industry with a single source for missions from LEO to the surface of the Moon and beyond. 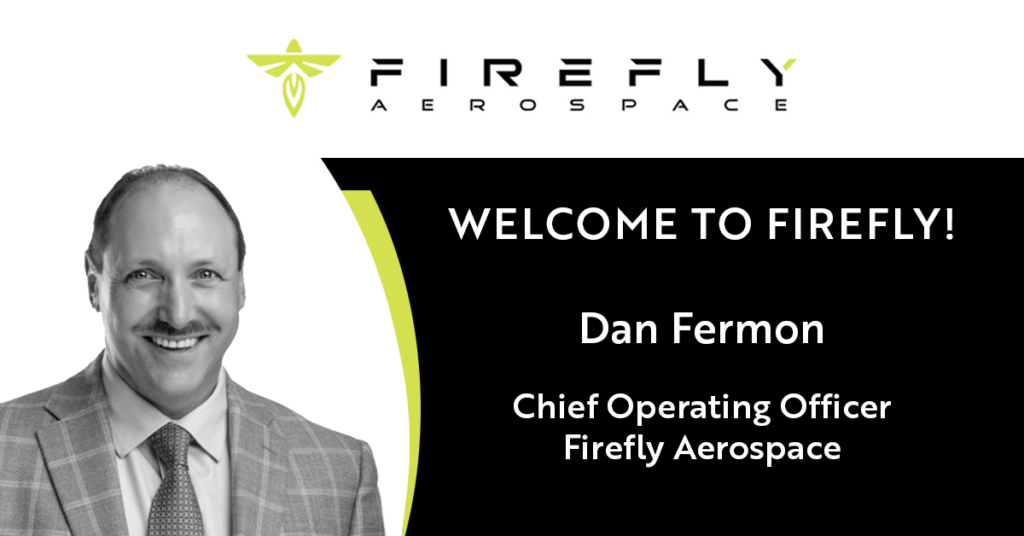